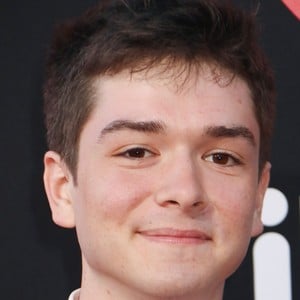 Model and actor with credits in films such as A Tale of Two Coreys, Diary of a Wimpy Kid: The Long Haul and Vengeance: A Love Story. He had a recurring role in the TV series The Walking Dead as Mikey.

He made his screen debut in a 2013 movie called Unnecessary Meanness.

He began attending Kennesaw State University in pursuit of a Bachelor of Science degree in marine ecology.

He moved from Atlanta, Georgia to Los Angeles, California.

He played the teen version of Corey Feldman in the Lifetime original biopic A Tale of Two Coreys, a movie about Feldman and Corey Haim.

Elijah Marcano Is A Member Of