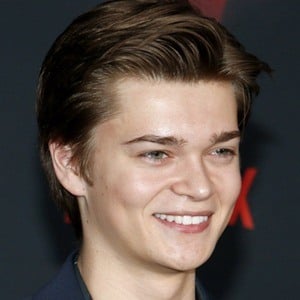 Both a film and television actor, Stevenson became well known to Netflix fans as Eli Stevenson in Everything Sucks!

His first big role was as Justin in the 2016 indie festival darling Captain Fantastic.

He would performed in Anderlin Arts theater productions of The Sound of Music, Beauty and the Beast and The Best Christmas Pageant Ever.

He stars alongside Sydney Sweeney in Everything Sucks!

Elijah Stevenson Is A Member Of