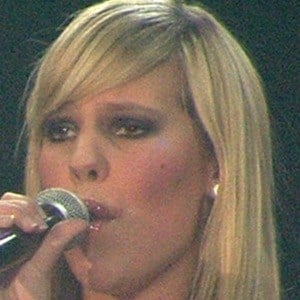 Belgian singer and actress who rose to fame with her hit singles "Footprints in the Sand," "I Hate It But I Love It" and "Do You Really Wanna Be with Me" all which have landed on the Belgium Ultratop 50 Flanders chart.

With her success in television she has starred in the series Thuis and LouisLouise and in 2016 she landed a role in Uitschot: Scum.

She was born and raised in Belgium.

She appeared alongside Johnny de Mol in Uitschot: Scum.

Eline De Munck Is A Member Of