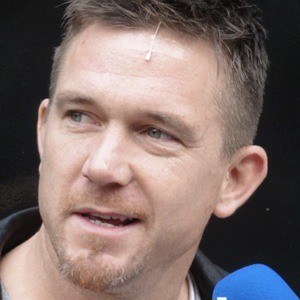 Dutch actor and television presenter most well known for appearing in shows like Crimi Clowns, Van Speijk, and De co-assistent. He first rose to fame in 1999 appearing on the long-running series Goede tijden, slechte tijden.

He made his television debut in 1997 on Laat ze maar lachen.

He has appeared as a guest on countless reality and talk shows such as De wereld draait door and Ranking the Stars.

He is the son of entrepreneur John de Mol and singer Willeke Alberti.

He provided the voice for Jim Hawkins in the Dutch version of Treasure Planet, a character played in the original English version by Joseph Gordon-Levitt.

Johnny de Mol Is A Member Of