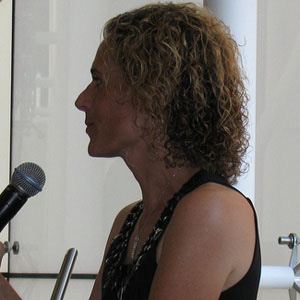 Chef known for her cake designs and appearances on "Chopped All Stars," "Top Chef," and other reality cooking shows.

She received her BFA degree from the San Francisco Art Institute in 1989.

Her creative pizza pie won first prize in the 2012 World Pizza Championships, which was held in Naples.

She was born and raised in San Francisco, CA.

Hubert Keller is another chef known for his San Francisco restaurants, including Fleur De Lis.

Elizabeth Falkner Is A Member Of