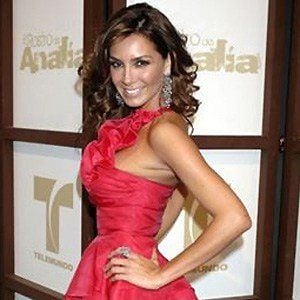 She was a model on the game show The Price is Right.

She has appeared on reality television shows such as Protagonistas de Novela.

She dated William Levy for eight years. Together they had a daughter named Kailey and a son named Christopher.

Elizabeth Gutierrez Is A Member Of