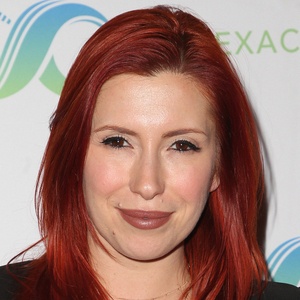 Voice over actress for a variety of anime, television shows, and video games. She is most recognized for being the voice of Nagato in the 2017 series Sakura Quest. She is also known for having been featured on the 2014 series Attack on Titan.

She made her debut appearance as a voice actress in 2004 when she starred in the film Living Like Fire. She went on to work on a variety of video games and television series. She received her breakthrough role in 2009 when she starred as Shakuyaku in the series One Piece.

She has been nominated for several awards for her voice acting including the 2015 BTVA Anime Dub Award for Best Female Lead Vocal Performance for portraying Motoko Kusanagi in Ghost in the Shell: The New Movie.

She was born and raised in Mendocino, California. She posted a picture with her parents to her Instagram in December of 2017.

She starred alongside fellow voice actors Yuki Kaji, Marina Inoue, and Josh Grelle in the 2012 series Attack on Titan.

Elizabeth Maxwell Is A Member Of