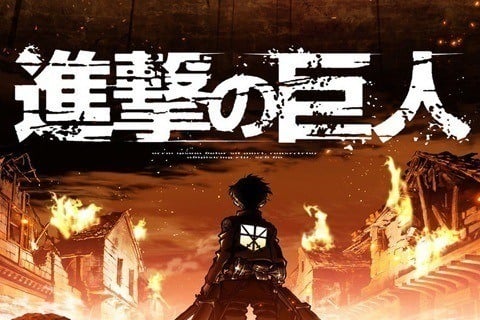 After his home is destroyed and his mother is killed, a young boy sets out to rid the earth of the giant humanoid Titans that caused his pain. The show is based on manga of the same name by Hajime Isayama.

The opening theme song for the show changed between the first and second seasons, from "Guren no Yumiya" to "Shinzou wo Sasageyo!".