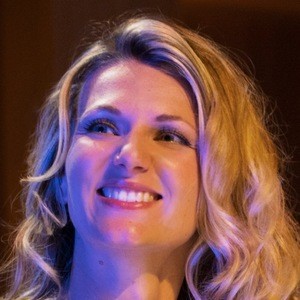 German singer who is best known for her hit single "Küss mich, halt mich, lieb mich". She is also known for her popular album Meilenweit which came out in 2011. She is known for participating in the national final for the Eurovision Song Contest in 2016.

Her career began at the age of ten when she was hired as a background vocalist for the ZDF-Hitparade. She signed her first contract with Columbia Records in June of 1998. She began performing as Junia, releasing several singles under the name. Her first release under her new name occurred in 2009.

In addition to her music, she is also known for her roles in musicals and has appeared in theater productions of a variety of plays including Grease, The Phantom of the Opera, and Moulin Rouge.

She was born and raised in Weimar, Thuringia, Germany. She is the daughter of songwriter and record producer Norbert Endlich.

She was featured as a judge on the fifteenth season of Deutschland sucht den Superstar alongside Dieter Bohlen.

Ella Endlich Is A Member Of