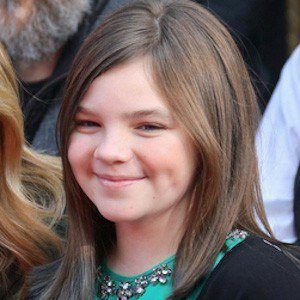 First born child and daughter of actors Ben Stiller and Christine Taylor who had a minor voice role in her father's film Megamind.

She was born Ella Olivia Stiller in Los Angeles, California. Her parents married in 2000.

She had an uncredited role as an extra in Night at the Museum: Secret of the Tomb.

Her younger brother Quinlin provided his voice for a part in Madagascar: Escape 2 Africa when he was just three years old.

She is the granddaughter of Anne Meara and Jerry Stiller.

Ella Stiller Is A Member Of