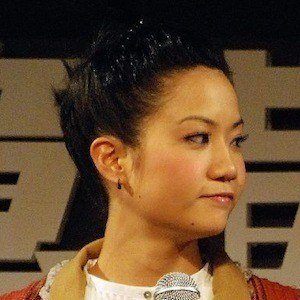 Chinese-Canadian singer-songwriter who rose to fame as the vocalist of the electro-folk outfit at17. She was signed and represented by the music production company People Mountain People Sea.

Her father began teaching her classical guitar at the age of 9.

She participated in the musical competition Original Music 2000.

She married cinematographer Fisher Yu in 2016. She died after falling from her building in Happy Valley, Hong Kong.

She has collaborated with a number of other artists including Kay Tse.

Ellen Joyce Loo Is A Member Of