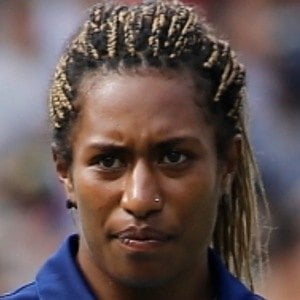 Rugby Union player who was a member of the Australian women's side that won the inaugural Rugby Sevens gold medal at the 2016 Rio Olympics. She has also represented Australian Sevens Rugby at the Gold Coast Sevens tournament.

She began her athletic career as a sprinter. She represented Australia in various sprinting events at the World Junior Championships.

Her parents' names are Yolanta and Evan.

She and Charlotte Caslick have played as teammates for the Australian Rugby Sevens squad.

Ellia Green Is A Member Of