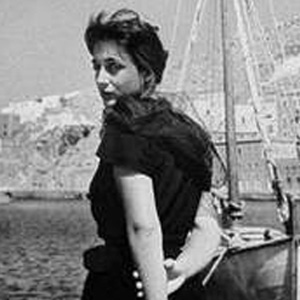 One of Greece's most esteemed and respected actresses; she appeared in 1954's "Kyriakatiko xypnima" and "To Koritsi me ta mavra" in 1956.

She was initially rejected by two theatre schools, until Greek actress Marika Kotopouli saw potential in her.

She battled cancer in her later years, even when she starred in productions of "Hello, Dolly!" in 1980 and 1981 and "Children of a Lesser God."

She and her first husband, Marios Ploritis, met while she was filming her 1946 movie, "Adoulotoi sklavoi." Her marriage ended when she began an affair in 1952 with performer Dimitris Horn.

She became a fixture of the Greek stage in the late 1940s and starred in the 1946 Greek production of "The Glass Menagerie" by Tennessee Williams.

Ellie Lambeti Is A Member Of