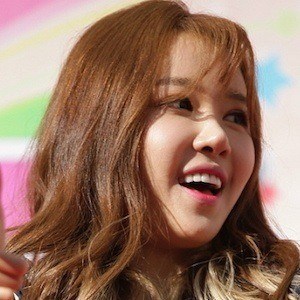 The second oldest member of the K-pop girl band Crayon Pop. She is joined by fellow vocalists Choa, Way, Soyul, and Geummi. The group's first major hit was "Bar Bar Bar," released in 2013.

She was working as a shopping mall fitting model before entering the entertainment industry.

In 2013, she was a main cast member on the variety show All the K-pop.

As a child, she played videos games extensively with her younger brother, leading her to become a gamer focused in League of Legends and Sudden Attack.

She appeared in the music video for Amber Liu's single "Shake That Brass."

Ellin Is A Member Of