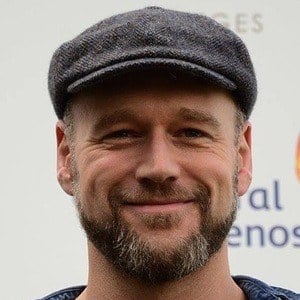 British actor who played Mr. Darcy in Lost in Austen and Corporal Jem Poynton in Ultimate Force, and starred in the film Alexander. In 2019, he began portraying the King of England in The Spanish Princess.

He studied drama at the University of Birmingham and, later, at the Royal Academy of Dramatic Art.

His film credits include roles in Happy-Go-Lucky, The Golden Compass, and Love and Other Disasters.

He was one of three children born to a British charity worker and a doctor, and he grew up in Essex, England.

He played the role of Stanley Kowalski in a London production of Tennessee Williams' modern classic play, A Streetcar Named Desire.

Elliot Cowan Is A Member Of