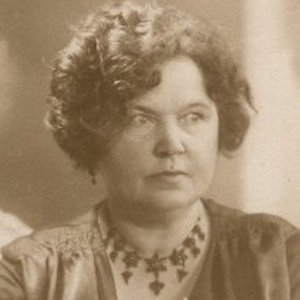 Latvian poet and playwright who wrote under the pen name of "Aspazija." Her feminist-themed dramatic works include Vaidelote, Silver Veil, and Simple Rights; her poetic works include Red Flowers and Soul's Twilight.

During her younger years, she was a member of several political organizations, including the leftist New Current group.

She wrote in both realistic and neo-romantic styles.

The daughter of relatively well-off peasants, she grew up near Jelgava, Latvia.

She and Zenta Maurina were both writers from Latvia.

Elza Plieksane Is A Member Of