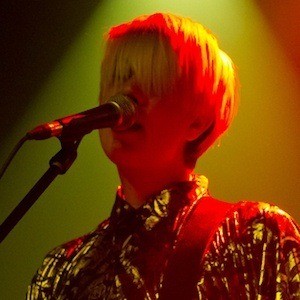 Singer and guitarist who broke out with her second solo album Past Life Martyred Saints (2011), which received acclaim from major outlets like Rolling Stone, NME and Drowned In Sound. She was previously a member of the drone-folk act Gowns.

She played guitar in the experimental music act Amps for Christ in the early 2000s.

Her song "The Grey Ship" was included in an episode of the Adult Swim show Off the Air.

She created the soundtrack for the horror film #Horror (2015), starring Chloe Sevigny.

EMA Is A Member Of