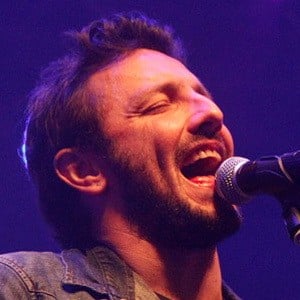 Rock singer and guitarist who is predominantly recognized for having been a founding member of the Uruguayan outfit No Te Va Gustar. With the band he has sold out several of Uruguay and Argentina's largest performance venues and stadiums.

No Te Va Gustar played together for the first time in 1994.

No Te Va Gustar released their tenth studio album Other Songs (You Will not Like) in 2019.

Both he and fellow rock music performer Chris de Burgh were born in Argentina.

Emiliano Brancciari Is A Member Of