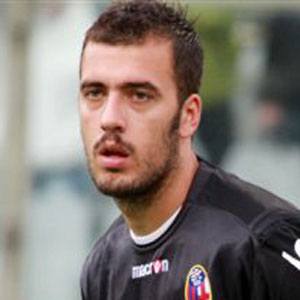 Goalkeeper who made his senior career debut in 2004 for Cesena, while on loan from Internazionale; joined Palermo in 2012.

He was a member of Italy's 2008 Summer Olympics soccer team.

He married Manuela Tosini in 2008.

He started his international career as a backup to legend Gianluigi Buffon.

Emiliano Viviano Is A Member Of