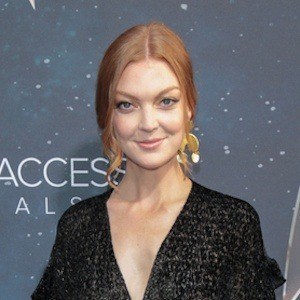 Television star who rocketed to fame in 2017 portraying Keyla Detmer in the CBS All Access series Star Trek: Discovery.

In 2011, she made her acting debut in the film The Bright Side of the Moon.

She appeared in the 2015 Guillermo del Toro film Crimson Peak as the character Eunice.

Born in Canada, she lived in Toronto while earning her BFA in acting at York University.

In Star Trek: Discovery, she starred opposite Sonequa Martin-Green and Doug Jones.

Emily Coutts Is A Member Of