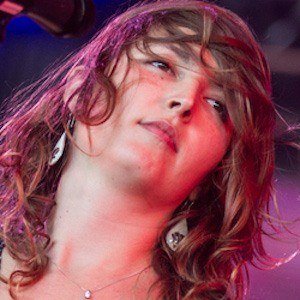 Best known as the lead singer of the indie rock group Warpaint. She co-founded the group on Valentine's Day 2004, and has been playing with them since.

She began the group in 2004 alongside her childhood friend Theresa Wayman. The group lived in and played throughout Los Angeles while writing new songs.

In 2007, their debut EP Exquisite Corpse was released. In 2014, she and her bandmates released their second full length, self-titled studio album. It peaked at #43 on the Billboard 200 chart in the US.

She was born and raised in Eugene, Oregon.

Emily Kokal Is A Member Of