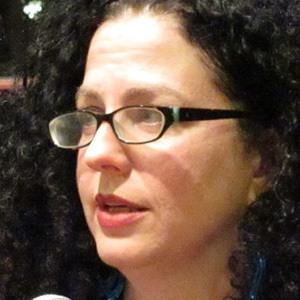 Award-winning journalist who earned recognition as the television critic for The New Yorker when she joined the staff in 2011. She won a National Magazine Award for Columns and Commentary in 2014 and the Pulitzer Prize for Criticism in 2016.

She received her master's degree in poetry from New York University.

She once worked as the editor-in-chief of the online magazine Nerve.

Her father Bernard served as White House Counsel to President Bill Clinton. She married journalist Clive Thompson and has 2 children.

She became interested in writing TV reviews due to her fascination with Buffy the Vampire Slayer which starred Sarah Michelle Gellar.

Emily Nussbaum Is A Member Of