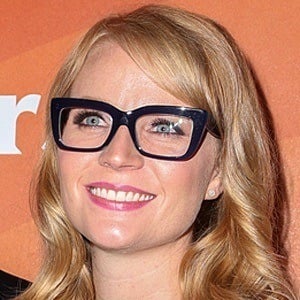 American actress who reached a new level of fame in 2016, when she began playing CO Artesian McCullough on the hit Netflix series Orange Is the New Black. She is also a comedian who was previously known for her frequent appearances on VH1's Best Week Ever.

She graduated from The Woodlands High School in Montgomery County, Texas. She studied Spanish and psychology at the University of Texas at Austin.

She is a musician who has performed as a member of the band Summer and Eve.

She has a younger brother. She has been dating OITNB co-star Vicci Martinez since mid 2018.

She co-starred with Donny Deutsch on the comedy series Donny!

Emily Tarver Is A Member Of