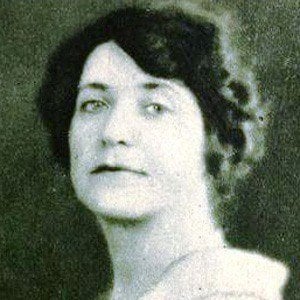 Former actress and writer who appeared in nearly 110 films over the course of her career, including The Great Dictator.

In 1910 she made her debut in the silent film, Mother.

In addition to her numerous acting credits, she was also a published writer. In fact, her two books, Thought Quality in the Voice and You Can Do It, were both best-sellers.

Her mother gave birth to her in Cheshire, England.

She appeared in The Great Dictator, which was directed by actor Charlie Chaplin in 1941.

Emma Dunn Is A Member Of