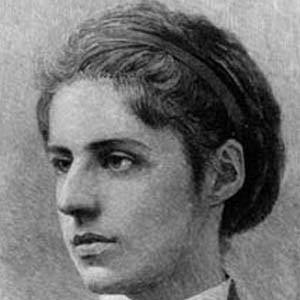 New York-born poet known for her 1883 sonnet "The New Colossus," which was engraved on the base of the Statue of Liberty. She also published a multi-part poem called "Epochs."

Early in her life, she learned French, German, and Italian and also studied both British and American literature.

She was a co-founder of the Hebrew Technical Institute in New York.

She had six siblings and was born into a Sephardic Jewish family of Portuguese heritage.

She corresponded with Ralph Waldo Emerson for many years.

Emma Lazarus Is A Member Of