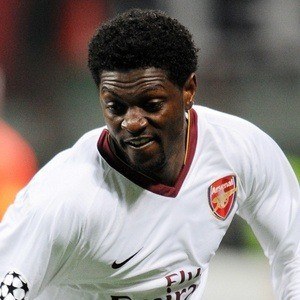 Togo-born striker who joined Tottenham Hotspur in 2012 after previously playing with Arsenal and Manchester City.

He began his youth soccer career with OC Agaza at the age of 14.

He won the Togo Footballer of the Year award four consecutive years from 2005 to 2008.

He grew up with five siblings: three brothers and two sisters.

Emmanuel Adebayor Is A Member Of