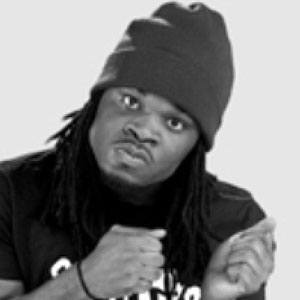 YouTube phenomenon who collaborates with his younger brother Phillip Hudson on rap and comedy videos. One of their most popular videos is called "Ratchet Girl Anthem (She Ratcheeet)." He has also been a cast member on MTV's Wild 'N Out. He has also hosted the Put You On web series for Nike on YouTube.

He and Phillip were school jokesters growing up, dancing, rapping, and joking from a young age.

He surpassed 1 million followers on Vine and his collaborative YouTube account has over 1.9 million subscribers. He posted a rap parody to a song by Young Scooter that has received over 3 million views since March of 2013.

He has six older siblings and is the 2nd youngest of the family. He was born in Mississippi and moved to Jonesboro, Georgia in 1998.

He had a small part in the film Ride Along, starring Kevin Hart.

Emmanuel Hudson Is A Member Of