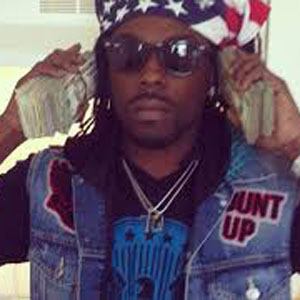 American rapper who became prominent in 2012 after a successful release of several mixtapes. He became better known for collaborating with other rappers, such as Gucci Mane.

He turned to music at a young age after becoming involved with drugs. His first mixtape is entitled Plug Talkin.

His mixtape Street Lottery, which was released in January 2013, was named Spin magazine's rap release of the week.

He grew up with his family in Atlanta, Georgia.

He has stated Jay-Z to be a musical influence.

Young Scooter Is A Member Of