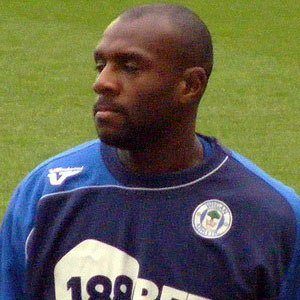 Defender known for his versatility and consistency who has played professionally for Luton Town, Crystal Palace, and Wigan Athletic, and he has played for the Barbados national team since 2008.

His youth career began in 1990 with Aylesbury Athletic.

He has typically played right back though also has seen time at center back, left back, right wing, and striker.

His parents are from Barbados.

He has played alongside Shaun Maloney at Wigan Athletic.

Emmerson Boyce Is A Member Of