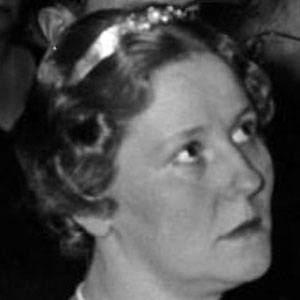 Wife of the Nazi general and Luftwaffe Commander-in-Chief Hermann Goring. She was considered Nazi Germany's first lady because she often served as Adolf Hitler's hostess at state functions.

She arranged Adolf Hitler's state functions, which led to a lot of animosity between her and Evan Braun, Hitler's mistress.

After the defeat of Germany she was sentenced to a year in prison and had a portion of her property confiscated, but she was allowed to live out the rest of her life in peace.

She was Hermann Goring's second wife.

After the war she wrote an autobiography about her life with Herman Goring.

Emmy Goring Is A Member Of