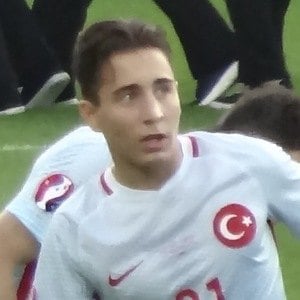 International winger for the Turkish national team who joined the Bundesliga club Borussia Dortmund in 2016 after spending the previous season with FC Nordsjælland.

He was on a trial training with Saint-Étienne when he was 16 years old, but did not receive a contract.

He was born in Brønshøj, Denmark to Guzela Bekirov and Ersoy Mor.

He joined Hakan Balta on the Turkish national soccer team.

Emre Mor Is A Member Of