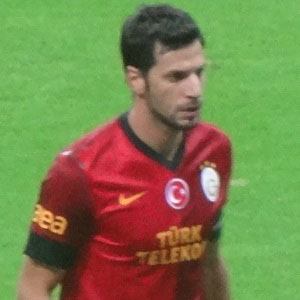 Turkish soccer player best known as a member of Galatasaray, with whom he has won Super Lig, Super Kupa and Turkish Cup title. He reached the semi-finals of the UEFA European Championship with the Turkish national team in 2008.

He became a team captain for Galatasaray for the 2012-13 following the departure of Ayhan Akman.

His full name is Hakan Kadir Balta. He was born in West Berlin, West Germany.

He played with goalkeeper Rustu Recber at the 2008 UEFA Euro.

Hakan Balta Is A Member Of