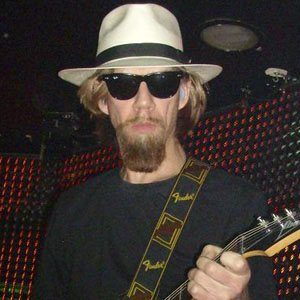 He grew up in Whittier, California.

He is a painter whose art has been featured in many museums worldwide, including the Guggenheim Museum.

His brother Mark is also a musician.

He has performed with Rob Zombie in White Zombie.

Ena Kostabi Is A Member Of