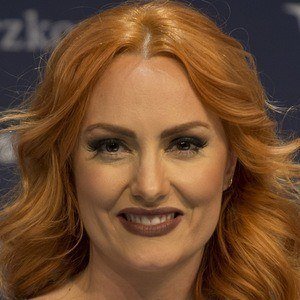 Singer and television personality known internationally for representing Albania in the 2016 Eurovision Song Contest with the song "Fairytale." She is also a repeat competitor in the Festivali i Këngës, or the Albanian Song Contest.

She launched her career in 2001 as a participant in the annual Albanian music festival Kënga Magjike.

She has hosted the sketch comedy series Portokalli, an Albanian series similar to the American show Saturday Night Live.

After marrying musician Erjon Zaloshnja, the pair had a daughter named Aria in 2013.

In the 2016 Eurovision Song Contest, she competed against Ukrainian singer Jamala.

Eneda Tarifa Is A Member Of