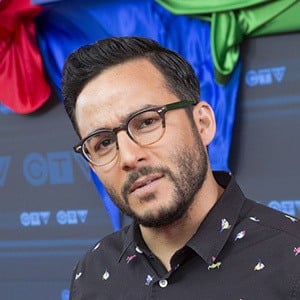 Actor and comedian who is best recognized for playing Rich Dotcom on the tv series Blindspot. He is also known for his work as the character Nash on the Amazon series Red Oaks and played Dave Amari in the series You Me Her.

He graduated rom the fine arts program at Earl Haig Secondary School and studied acting at York University. He made his debut hosting the program The Toronto Show in 2003 and later acting in Welcome to Mooseport and The Path to 9/11.

While he was born in Ankara, Turkey, he moved to Toronto, Canada at the age of three.

He starred alongside Sullivan Stapleton and Jaimie Alexander in the 2015 television series Blindspot.

Ennis Esmer Is A Member Of