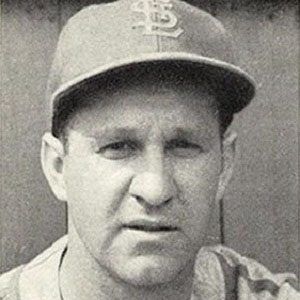 Nicknamed "Country,: he became famous for his "Mad Dash" run, scoring the winning run in game 7 of the 1946 World Series for the St. Louis Cardinals.

He was taught to hustle on every single play by former manager Eddie Dyer.

He married and divorced five times and had four daughters.

He played on the St. Louis Cardinals for many years with the great Stan Musial.

Enos Slaughter Is A Member Of