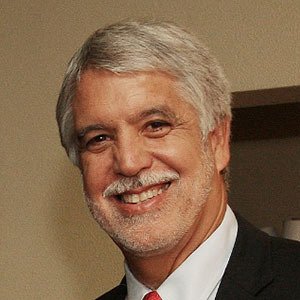 Politician who served as the mayor of Bogotá, Colombia from 1999 to 2001 and was re-elected in 2016. He was the Green Party representative for the 2014 Colombian Presidential Election.

He moved to the United States at age 15 and attended Duke University on a partial football scholarship.

He was a journalist for the newspaper El Espectador and received the Simón Bolívar Journalism Award for his economic reporting.

He married Liliana Sanchez and has children named Renata and Martín.

Like Angelica Correa, he is a Green Party mayor in Colombia.

Enrique Peñalosa Is A Member Of