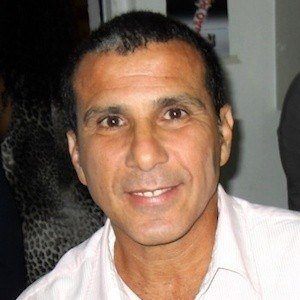 He began his career in the 1970s competing in dance contests. He made his television debut in 1978 on the Programa Carlos Imperial.

In 2016, he competED on the cooking show Super Chef Celebridades.

He married model and medical student Alice Souto in 2016.

He joined Antonio Fagundes in the cast of the drama Two Faces.

Eri Johnson Is A Member Of