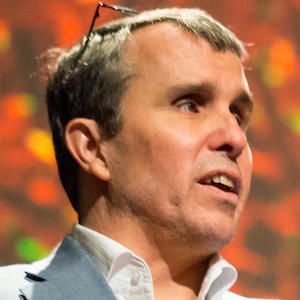 Physicist who won the Nobel Prize in Chemistry in 2014 for developing techniques used in super high-resolution fluorescence microscopy. He began serving at the Howard Hughes Medical Institute's Janelia Farm Research Campus in 2006.

He was born in Ann Arbor and earned his PhD in Engineering Physics from Cornell University in 1988.

In 2010, he was offered the Max Delbruck Prize for biological physics but declined to accept the award.

His father and stepmother owned the Ann Arbor Machine Company.

He and Minnesota-born molecular biologist Peter Agre are both recipients of the Nobel Prize in Chemistry.

Eric Betzig Is A Member Of