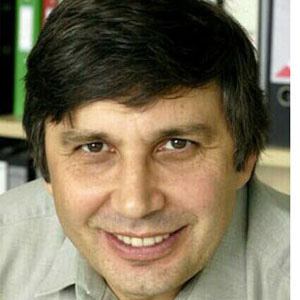 Russian-born physicist who helped create graphine, which was the thinnest and strongest material at the time. He won the 2010 Nobel Prize in Physics for his work with the crystaline allotrope of carbon.

He applied for study at the prestigious Moscow Engineering Physics Institute, but was turned down, twice.

He decided to pursue his work in physics outside of Russia because of the discrimination and bureaucracy he faced there.

His grandmother was Jewish, and he suffered discrimination because of his Jewish-sounding last name.

Andre Geim Is A Member Of