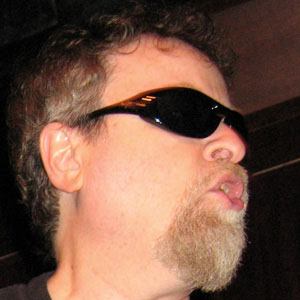 New York-born singer-songwriter and guitarist and vocalist for the classic rock band Blue Oyster Cult. Some of their big hits include (Don't Fear) the Reaper and Godzilla.

He left college to work at a car-importing company, but later returned to college in order to avoid the Vietnam War draft.

Rolling Stone and Creem magazines both named (Don't Fear) the Reaper as the best single of the year in 1976.

His father operated a picture frame and print company based in Manhattan.

He and radio personality Howard Stern are distant cousins.

Eric Bloom Is A Member Of