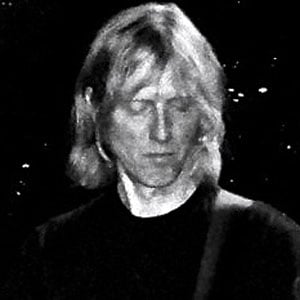 Co-founder and the lead guitarist of the alternative rock band Hole who played with the band from 1989 to 2002.

He earned a degree in economics at Loyola Marymount University.

His first music tryout was conducted by Courtney Love.

His father was the Dean of the College of Liberal Arts and Sciences at Loyola Marymount University.

He met Drew Barrymore when she threw up on his shoes outside a club.

Eric Erlandson Is A Member Of