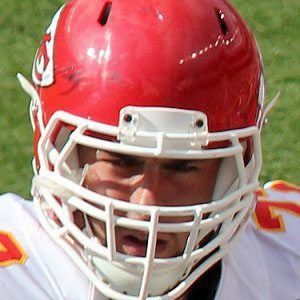 Offensive tackle who was selected by the Kansas City Chiefs with the first overall pick in the 2013 NFL Draft. He won the 2010 GMAC Bowl and the 2012 Little Caesars Pizza Bowl at Central Michigan University, where he was a First-Team All-American.

He became just the second Central Michigan Chippewa to be taken in the first round in the NFL Draft after Joe Staley.

His mother Heidi Langegger raised him as a single parent.

He became teammates with quarterback Alex Smith on the Chiefs in 2013.

Eric Fisher Is A Member Of