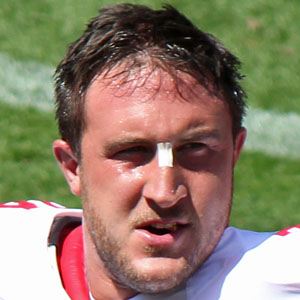 Pro Bowl offensive tackle who was drafted in the first round of the 2007 NFL Draft by the San Francisco 49ers.

He was a football and track star at Rockford High School in Rockford, Michigan.

He started his career at Central Michigan University as a tight end before moving to the tackle position.

His father, Butch, was a longtime head coach at Rockford.

He and Patrick Willis were both drafted by the 49ers in 2007.

Joe Staley Is A Member Of