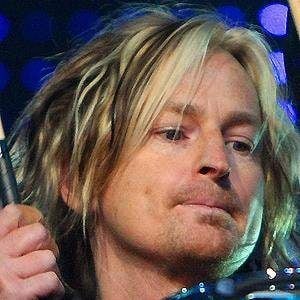 Drummer who played with the rock band Stone Temple Pilots, as well as Talk Show.

He founded Bomb Shelter Studios in Los Angeles; he engineered and mixed live recordings by artists like Ben Harper and Jurassic 5 for The Henry Rollins Show.

His parents were residing in San Jose, California when Kretz was born.

He has mixed live recordings for Thom Yorke of Radiohead.

Eric Kretz Is A Member Of