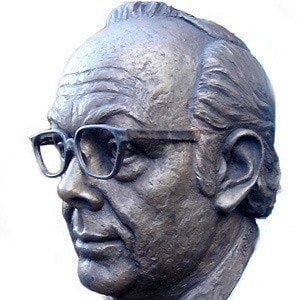 British comedian most known for "Morecambe and Wise," the comedy act he shared with Ernie Wise. The duo co-starred together on the television series The Morecambe & Wise Show.

He served during World War II in the British Merchant Marine before starting his career.

His birth name was John Eric Bartholomew; his stage surname was actually the name of the seaside town in which he grew up.

He was once married to Joan Bartlett. The couple had three children.

He and his comedy partner Ernie Wise appeared on "The Ed Sullivan Show" in the 1960s.

Eric Morecambe Is A Member Of