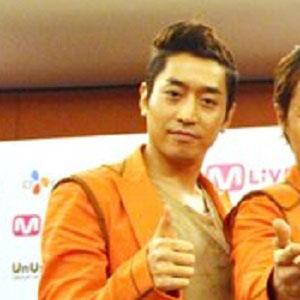 Famous for his membership in the South Korean all-male vocal group Shinhwa, he is also notable for his acting work, which includes starring roles in the Korean television series Phoenix and Super Rookie.

After joining SM Entertainment, he contributed to the S.E.S. track "I'm Your Girl" and made his Shinhwa debut with the 1998 single "The Solver." He went on to study film and theater at Dongguk University.

In 2012, he won several KBS Drama Awards for his portrayal of Kang Tae-ha on the television series Discovery of Love.

He and his two older sisters spent their early years in both Seoul, South Korea and Fullerton, California, U.S.A. He has been romantically linked to actresses Park Si-yeon and Kim Hee-sun.

He and Shin Hye-sung both rose to fame as members of Shinhwa.

Eric Mun Is A Member Of