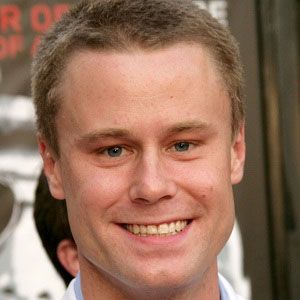 Notable for his role as Scott Braddock in the horror movie Jeepers Creepers II, Nenninger is also known for playing Cadet Eric Hansen in twenty-eight episodes of the Fox comedy series Malcolm in the Middle.

After receiving his acting training at the American Academy of Dramatic Arts (AADA) and the British American Drama Academy (BADA), he made his television debut in the 2000 X-Files episode "Signs and Wonders."

He played the recurring role of Damon Smythe on the TBS series Glory Daze.

He was born and raised in St. Louis, Missouri, and he later settled in Los Angeles, California. His marriage to television actress Angel Parker produced children named Naomi and James.

He and Katherine Boecher both voiced characters in the popular L.A. Noire video game.