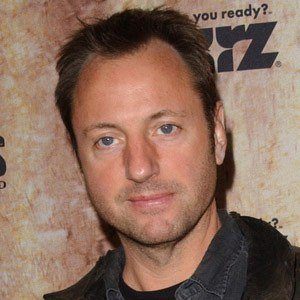 Known for his breakout role in the 1993 film My Life's in Turnaround, this actor went on to star in a 1997 romantic movie titled Fall. Also a television producer, he created the Starz series Gravity and the Showtime reality show I Can't Believe I'm Still Single.

After studying theater and dance at Bard College, he wrote several plays and screenplays while working as a New York cab driver.

He wrote, directed, and starred in the 2004 film Mind the Gap.

He grew up in New York, New York.

He co-starred with Jeffrey Tambor in the 1999 NBC sitcom Everything's Relative.

Eric Schaeffer Is A Member Of