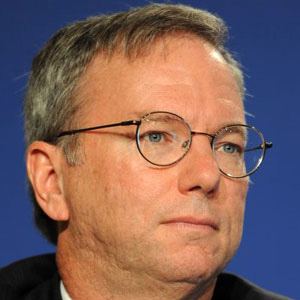 He was a graduate of Princeton University where he earned his Bachelor's in Electrical Engineering in 1976.

He had an estimated net worth of over $8 billion and was the 138th richest person in the world in 2013. In 2014, he co-authored a book titled How Google Works.

He had two daughters with wife Wendy Boyl.

He impressed both Sergey Brin and Larry Page during his Google interview in 2001.

Eric Schmidt Is A Member Of